Halfmoon New York Is A Charming Community Near Clifton Park!

Halfmoon New York is very near to Clifton Park in Southern Saratoga County. The border between these two towns is often so indistinguishable that many locals think of (and refer to) them as one! While this charming community offers the benefit of being near Clifton Park, there are also many other desirable aspects of the Town of Halfmoon itself.

Upscale communities and a thriving business district in Halfmoon are appealing to home buyers and business entrepreneurs alike. Well-maintained roadways, clean neighborhoods and low crime rates also contribute to the town's appeal. Add in Halfmoon's prime location near Clifton Park, and it is no wonder why it is one of the fastest-growing towns in the nation!

There are also plenty of shopping, dining and recreational opportunities available in the Town of Halfmoon, as well as nearby in Clifton Park, Saratoga, Albany and other surrounding communities. Plan a visit, and you'll soon discover what makes Halfmoon New York such a popular area! 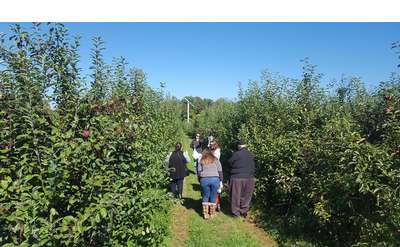