Clifton Park holds an abundance of sports leagues, clubs and teams for all ages to participate in a little fun or competitive sport. Take a look at the many options for recreational things to do and take part in throughout the area. 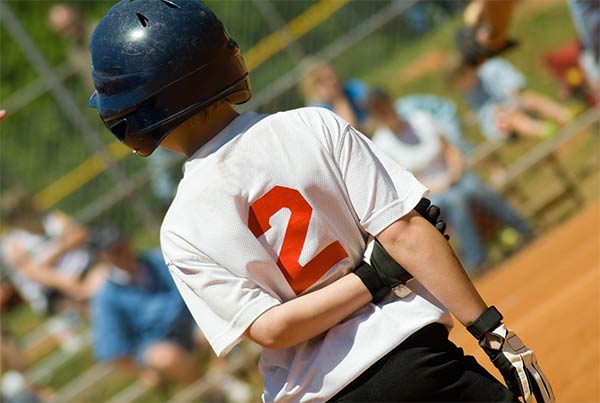 Interested in taking part in America's favorite pastime? Clifton Park has two baseball leagues to choose from. The Clifton Park Baseball League (CPBL) is divided into three divisions based on age and is directed at kids from ages 5-18. The Cal Ripken Division is geared towards those ages 5 - 12 and the Babe Ruth Division for those from 13 - 15. There are also Travel and All Star teams from ages 8 through 15 for those looking to play at a more competitive level. The CPBL is open to all kids who reside in the Shenendehowa School District boundaries. The Halfmoon Baseball League is open to all boys and girls, within the same age group. They are a tax exempt organization that accepts all potentials regardless of their place of residence (some sports clubs are exclusively or primarily for Clifton Park residents).

Softball is available to young girls between the ages of 4 and 15 through Miss Shen Softball. There are both non-competitive recreational teams and competitive travel teams. Recreational teams play in the spring, with travel teams playing in the summer and fall. Instructional teams, with clinics and tournaments, are also throughout the year. Miss Shen Softball also has its own complex of fields for practices and games.

Go team! Cheerleading is another local opportunity for young girls. The Plainsmen Jr. Cheerleading league is for girls from 3rd to 8th grade to learn cheers in a non-competitive environment. There are no tryouts, and every girl who signs up is put on a team. The cheerleading season runs from August to the end of October. The participants practice on the Shenendehowa school campus and at the Clifton Park YMCA and cheer on the weekends for the Plainsmen Jr. football team. The 8th grade squad also cheers for the Shenendehowa Modified Football Team's home games.

The Adult Recreational Soccer League is an informal league, where the motto is "friendly play for fun and fitness". There are no referees and no scorekeeping. The game ends either when the players are tired or when dusk makes it too difficult to see.

The ARSL plays all four seasons - at the Clifton Common during the outdoor seasons and indoors at the Sportsplex of Halfmoon during the winter. While the warmer seasons are open mainly to Clifton Park residents, the indoor season opens to accept other residencies. The cost of joining is $20 per player per season.

Another local favorite is lacrosse, a game played by Native Americans who once populated the Capital Region. The Shenendehowa Lacrosse Club welcomes school children from Kindergarten through 6th grade. Teams and divisions are separated by gender and age and play year-round. During the winter, lacrosse players in grades 7 - 12 who want to keep in shape can participate in indoor "skills and drills" and indoor tournaments.

In & On The Water

Dry land is not for everyone, so for those who scoff at landlubbers there are the Shenendehowa Crew and the Knolls Swimming and Diving Club. Shenendehowa Crew is divided into modified, freshman and varsity. The modified grade is for learners from 6th to 8th grade. Novice is a slightly higher level of rowing, aimed either at freshmen at a 9th grade level or for any beginners in high school. A participant is a novice for one year, learning the basics and training to be on a competitive level, and afterwards rows on varsity. There is a master level for adult crews. Competitions are mainly in the capital region, so wistful landlubbers may go to watch races and cheer for their favorite crews.

The Knolls Swimming and Diving Club is a non-competitive club whose main focus is teaching the how-to of swimming and diving. Diving is taught with all age groups together, but swimming is divided into an 8 and under group and a 9 and over group.

Some of us prefer frozen water, and for that there is the Clifton Park Youth Hockey Association. There are three divisions, based on age, mostly for younger children to learn before they go on to high school or college level hockey.

Where to Watch Sports In & Around Clifton Park

Lastly, for those of us who find ourselves more enthusiastic on the sidelines than on the fields, there are a number of local campuses with viable and impressive athletics programs. Siena College, the College of Saint Rose, UAlbany, Rensselaer Polytechnic Institute and Union College are a few of the nearby campuses where locals can go and cheer for their college kids, alma maters, or just favorite sports.

Whether you prefer to be on the field, in the water, or on the sidelines, Clifton Park is a great place for sports lovers. With so many leagues and clubs to choose from, everyone from peewees to adults can find sports team to join.

More things to do around Southern Saratoga County »