On Friday, February 26, Nick's Fight to be Healed Foundation along with the 9th Grade Class Counsel, Breakfast Club, Environment Club, Respect Club and Gowana Student Council held a Guitar Hero Tournament to raise money for the foundation. The mission of 'Nick's Fight to be Healed Foundation, Inc.' is to support pediatric blood cancer patients as well as serve the young adult blood cancer community. We strive to improve quality of life by promoting well-being, reducing stress within the entire family, and providing resources to help children with blood cancer lead fun and fulfilling lives.

The Guitar Hero event was extremely successful with over 300 people, mainly students, attending and 67 competitors entering into the tournament. Over $3,000 was raised that evening. But even more important was the fact that many students came together over a common cause and to remember their friend, Nick Cammarata, who passed away on October 26, 2008. One of Nick's friends thanked Nick's mom, Janine Cammarata, for having this great event and hoped that she would have it again next year.

The overall Guitar Hero tournament winner was Anthony Segreto and George Karathomas earned a close 2nd place. Anthony won an electric guitar donated by Hermie's and George won a free guitar lesson and one month free guitar rental from Kniskern Music House. Bobby Lemon won a Guitar Hero 5 Bundle for earning the highest score at 129,034. To check out all the scores, go to www.fighttobehealed.org. Derek Schuster won best costume and Justin May won best guitar performance. Nick's Fight to be Healed Foundation really wants to get young adults involved so feel free to check out their fanpage on Facebook at Nick's Fight to be Healed Foundation and become a fan. There are photos and videos from the event.

That is just to name a few - to view upcoming events and fundraisers visit www.fighttobehealed.org 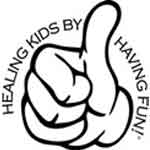 To donate by mail, please send your check to: Nick's Fight to be Healed Foundation, PO Box 217, Rexford NY 12148