Although a winter storm is in the forecast for this weekend, you may still find time to get out and have some fun. Check out the Annual Albany Chefs’ Food & Wine Festival, Capital District Mayor’s Cup Hockey, and more top events.

Please Note: Due to the inclement weather, some weekend events may be canceled or postponed. If you’re unsure, be sure to contact the event organizer ahead of time! 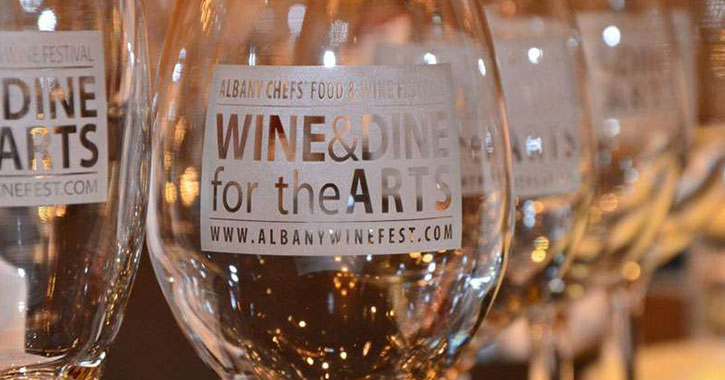 On January 17-19, the 10th Anniversary Albany Chefs’ Food & Wine Festival will be held at the Empire State Plaza in Albany. This year’s event will celebrate Indian culture and feature a variety of tastings and competitions for attendees to enjoy. Tickets are available now, and funds raised will support the local arts scene.

Throughout winter, the Empire State Plaza Ice Rink in downtown Albany will be free and open for people interested in outdoor ice skating. Rentals are available for a small fee (free on Saturdays).

Visit the Holiday Inn in Saratoga Springs and attend the 4th Annual Dr. King Challenge. Hosted by MLK Saratoga, this celebration will feature powerful micro-performances in honor of Dr. Martin Luther King, Jr. There will be an opening reception, open bar, and a wide range of regional performing artists. Admission is free (suggested donation of $10-$20, not required).

Don’t miss out on the 7th Annual Capital District Mayor’s Cup Hockey this Saturday at the Times Union Center. The women’s game will kick off at 3:00pm, and then the men’s game will begin at 6:00pm. Ages 2+ need a ticket.

Girls’ Day Out at the Saratoga Winery

Get your girlfriends together for a fun afternoon of shopping and wine tasting at the Saratoga Winery’s Girls’ Day Out. There will be multiple vendors at the winery from 11:00am-5:00pm, and guests can enjoy special Girls’ Day Out cocktails and mimosas.

Alabama at the Times Union Center

This Sunday, southern rock supergroup Alabama will perform live at the Times Union Center with legendary country music band Exile. This show is part of Alabama’s 50th anniversary tour, and tickets are on sale.