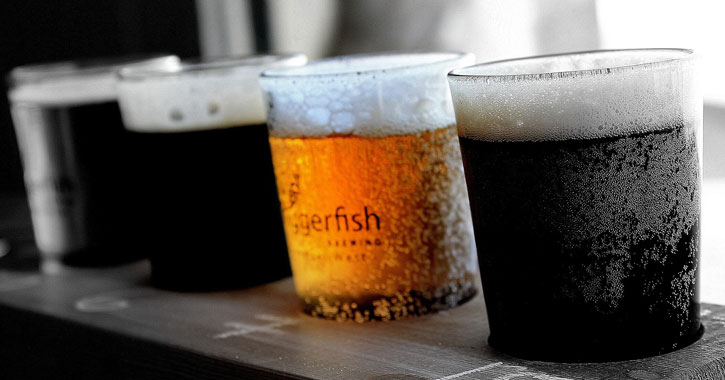 Shmaltz Brewing Company right in Clifton Park is celebrating five years in business this Saturday with a full beer bash! Breweries from across the area will be in attendance with their mouthwatering beer, and there will also be food and live music. Tickets are $25, or $10 for designated drivers.

The Saratoga Balloon & BBQ Festival is also turning five! This fun event is taking place at the Saratoga County Fairgrounds, and you’ll get to enjoy 30 hot air balloons, 75 marketplace exhibitors, five barbecue chefs, live entertainment, a beer and wine garden, and kids activities. Tickets are $10 for adults and $5 for kids 3 to 15.

The Saratoga Jazz Festival is this weekend at SPAC! See well-known jazz artists as well as up-and-coming talent, and there will be brand new collaborations and ensembles never before seen at this festival.

The Neighbourhood at Upstate Concert Hall

The alternative rock/indie pop group The Neighbourhood (The NBHD) is performing at Upstate Concert Hall, along with Health and Field Medic. Tickets are $30 in advance or $33 the day of the show.

See the alternative blues band Handmouth perform at Upstate Concert Hall this weekend along with Liz Cooper & The Stampede. Tickets are $20 in advance or $25 the day of the show.

Stop by Clifton Common on Sunday evening to see a free performance by the Clifton Park Community Chorus, as part of the Performing Arts at the Common series. This is an energetic, multigenerational group singing everything from show tunes to contemporary music.

The Albany Sports Card and Memorabilia Show returns to the Park Manor Hotel with multiple vendor booths. They’ll be showcasing everything from vintage and modern sports cards to non-sports cards to old toys and more.

You can embark on a guided 90-minute walking tour this Friday in Saratoga. The group will be discussing educational fun facts about Saratoga and celebrating the Victorian era. Tickets are $8 per person, and kids 12 and under are free.

Have you heard about Blaze Pizza coming to Clifton Park? They’re hosting their grand opening on Thursday and Friday, so stop by to check them out and get an exceptional artisanal pizza.

Game Day at the Library

Old fashioned board games, card games, and building games will come out of the woodwork at Game Day at the Clifton Park-Halfmoon Library. Kids ages 3 to 11 are welcome to stop by with their parents to check out the fun.

Learn more about the history of Clifton Park >>

View all events taking place at the full events calendar >>