You can choose from two different Comic Cons in the Capital Region this weekend! Even if you’re not a diehard comic book lover you’re sure to find something up your alley. See what else is going on with a craft beer week and festival, a restaurant week, two live music shows, and two kid-friendly events. 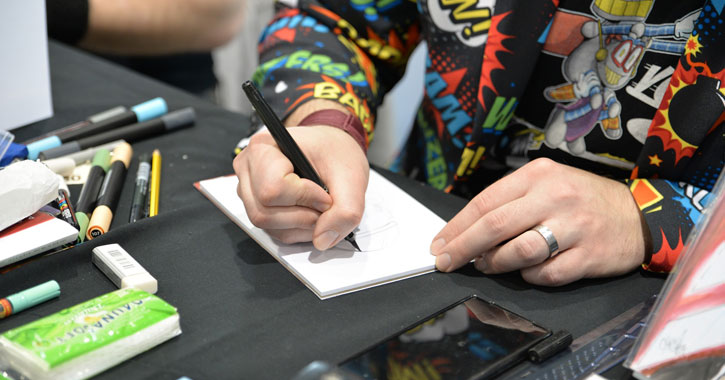 This Comic Con is taking place at the Albany Capital Center and tickets start at $20. The event will feature celebrities from all genres of television, movies, and cartoons, along with a plethora of vendors with hard-to-find toys, comics, and collectibles.

The Saratoga Comic Con will also have various celebrities and a wide variety of vendors. You can also look forward to cool attractions like the Stranger Things Set Wall, a How to Train Your Dragon piece, and more. Tickets are $20 on Saturday and $15 on Sunday.

Albany Craft Beer Week is going on at various locations in Albany from now through Saturday. Embrace the exciting craft beer scene we have in the Capital Region by checking out their list of events going on!

Craft Beer Week is rounded out by the Craft Beer Festival, which is happening at the Washington Avenue Armory in Albany. Tickets are $65 and allow you unlimited tastings of over 100 rare and special release beers from close to 90 different breweries.

When is the last time you were in the Lark Street neighborhood of Albany? This area is bustling with great restaurants, bars, and more, and the inaugural Lark Street Restaurant Week is starting on Sunday, so this is the perfect excuse to head to Albany for some excellent dining. Participating restaurants are offering three-course meals for $20.18

Schism – A Tribute to Tool at Upstate Concert Hall

Love Tool? Head to Upstate Concert Hall on Saturday to see a Tool tribute performed by Schism. Rahway, Frozen Sun, and One Day Waiting will also be performing. Tickets are $15 in advance or $20 the day of the show.

Daughtry at The Palace Theatre

You can see the popular rock band Daughtry perform at The Palace Theatre in Albany along with Sinclair. Tickets start at $61.

Take the Kids Out This Weekend

The Capital District Child Care Council will be on hand at the Clifton Park-Halfmoon Public Library on Friday to lead a Parent/Child Play and Learn event. The group will be making a sailboat from a pool noodle and other floating toys. Wear something you don’t mind getting wet!

The Saratoga Automobile Museum is hosting a free event for kids with crafts, games, stories, STEM activities, and a scavenger hunt. This is happening on both Thursday and Friday.

Learn all about the fascinating history of Clifton Park >>