The weather is finally starting to warm up a bit in the Capital Region! Two outdoor events are happening this weekend, with outdoor yoga and a guided walk. You might also want to check out who’s making an appearance at Upstate Concert Hall, two separate events going on at the Saratoga City Center, and much more. 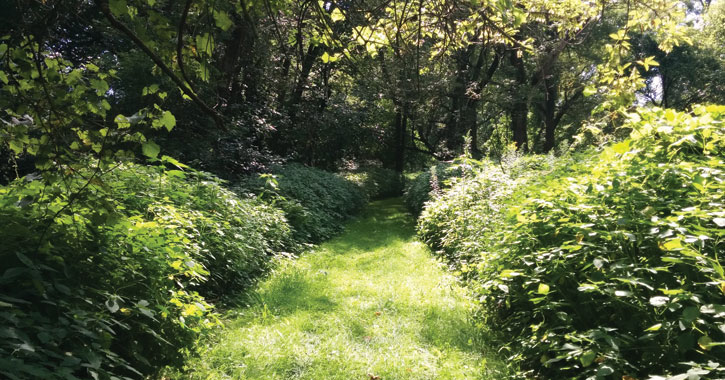 Make the Most of Spring & Get Outdoors

Yoga Along the Trail

Get ready for some outdoor yoga at the Round Lake Preserve in Mechanicville! Poses will be inspired by the shapes and sounds of nature. The cost is $15 and spaces are limited.

Walk for Children on Peebles Island

Have you been to Peebles Island in nearby Waterford yet this season? There will be a guided walk for National Child Abuse Prevention Month going on this Saturday, along with art activities and more for kids at their Visitor Center.

Check out more trails in the Clifton Park area >>

Moriah Formica, the Latham teenager who rose to fame when she appeared on The Voice, is performing at Upstate Concert Hall on Friday. Tickets are $10 in advance or $12 the day of the show.

Popa Chubby at The Upper Room

National blues legend Popa Chubby is performing at The Upper Room at Pearl Street Pub. You can hear hits from his latest release, Two Dogs, and more gems from his 25-year career.

The Saratoga Tattoo Expo is going on all weekend at the Saratoga Springs City Center. Local and international tattoo artists will be in attendance, and you can also look forward to live music and entertainment, tattoo contests, awards, and giveaways. Tickets are $10 a day or $25 for a weekend pass.

Doubleday House Antiques in Ballston Spa is celebrating their third anniversary with an Open House on Saturday and Sunday. You can meet the shop dealers, enjoy refreshments, and make the most of sales going on throughout the shop.

Got musical equipment? Dealers from throughout the Northeast will be on hand at the Capital Region Guitar Show at the Saratoga Springs City Center to buy, sell, trade, and appraise your musical equipment. Bring a guitar or amp to the show and get a discount on admission! Tickets are $7, and free for kids 10 and younger.

Attention singers! Head down to Crossgates in Albany on Saturday for the annual national anthem tryouts for the ValleyCats season. The top winner will get to perform at either Opening Night or the 4th of July.

Head out to eat in Clifton Park this weekend >>

Check out more happenings at the events calendar >>