Come May 12th Southern Saratoga County area residents and visitors will be able to enjoy something new in the region: a flea market will be taking place on select dates from May through September at a Malta hotspot. And, half of admission sales will be going towards charity, so you can shop for a bargain and give back to the community at the same time. 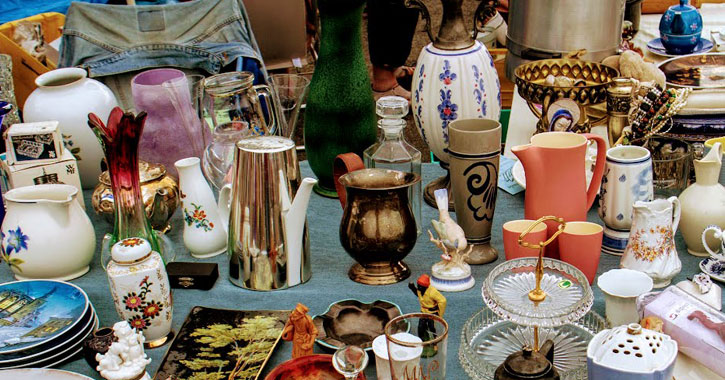 Jim O’Connell of JOCO Promotions in Ballston Spa strongly felt the area needed a large flea market. O’Connell has a background in antiques and furniture restoration and has attended a number of flea markets throughout the Northeast. But, he wanted to see one closer to home, so he decided to make it happen.

Perhaps the biggest challenge in setting up a flea market is finding an adequate location. O’Connell was drawn to the Malta Drive-In because they already have facilities like restrooms and parking.

Malta Drive-In owner Ed Caro had tried a flea market at the site about 10 years ago and it didn’t pan out, but when O’Connell approached him with the idea he was open to it.

“With a drive-in theater, you’re lucky to make whatever kind of profit you can,” he told The Daily Gazette. “Last season was slower because of the weather, so I thought: Let’s give it a try.”

O’Connell will be paying a certain fee each week based on how many dealers show up for the event. At some point, the arrangement should turn into more of a traditional rental deal.

The site can hold up to 400 dealers; O’Connell is aiming for about 100 for the first season and already has verbal confirmation from roughly 40 to 45 vendors.

You can look forward to the Malta Flea Market on the following dates from 7:30am to 3:30pm: Saturday, May 12th; Saturday, June 9th; Saturday, July 7th; and Saturday, September 15th. You can expect to find a wide range of products on sale from antiques to collectibles to toys and much more.

The fee is $2 per car, with half of entry sales going towards the CAP COM Cares Foundation, which supports small and large local organizations in the Capital Region.

Pets are not allowed on the site, including in parked cars, so remember to leave your furry friend at home when visiting the market.

And, if you’re interested in becoming a vendor, spots are still open! Just visit MaltaFlea.com.