You simply must consider First Night in Saratoga when making your New Year’s plans – it’s the biggest celebration happening in all of Upstate! See where else events are taking place throughout the Capital Region this weekend. 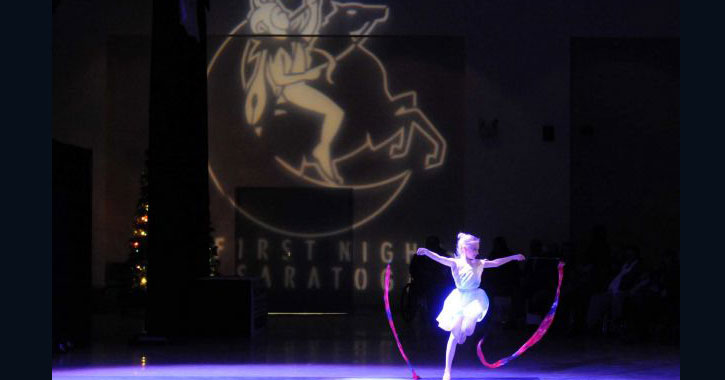 The largest New Year’s Eve event in the state outside of New York City happens each year in Saratoga. Come out for First Night and enjoy dozens of performances with live music, dance, comedy, magic, and so much more. Purchase a button for $20 and you can get into all the venues and access all performances.

If you’d like to ring in the new year at a nightclub, Vapor in Saratoga is a great choice – they’ll be featuring the biggest balloon drop in the Capital Region. Admission is $25 in advance or $30 the day of.

Celebrate the New Year in comfort at Mopco in Schenectady with their pajama party. There will be improv games, snacks, and more. Admission is $40 and includes one drink, lite fare, and a champagne toast.

The Egg in Albany is putting on two New Year’s Eve comedy shows, one “clean and clever” and the other uncensored, depending on the age group of your crowd. Tickets are the same for each – $35 in advance if you purchase between December 25th and the 30th, or $40 the day of the show.

If you’re looking for a kid-friendly New Year’s celebration, the New York State Museum is hosting an event with dancing, games, and a magic show. Free admission!

Have you been down to Albany’s Washington Park yet to see the Capital Holiday Lights? If not, this is your last chance! The lights are up through Tuesday the 2nd.

Take a break from cooking, wrapping presents, and the chaos of the holidays this weekend and head to the Empire Skate Plaza in Albany for some ice skating. This fun winter activity is perfect for all ages, it’s free to skate, and rentals are just $4 for adults and $3 for kids.

See all events happening at the full events calendar >>