Have you bought your tickets to Travers Day yet? They’re still available! If horse racing isn’t your thing there are a number of other excellent events going on this weekend in the Capital Region that are worth checking out. 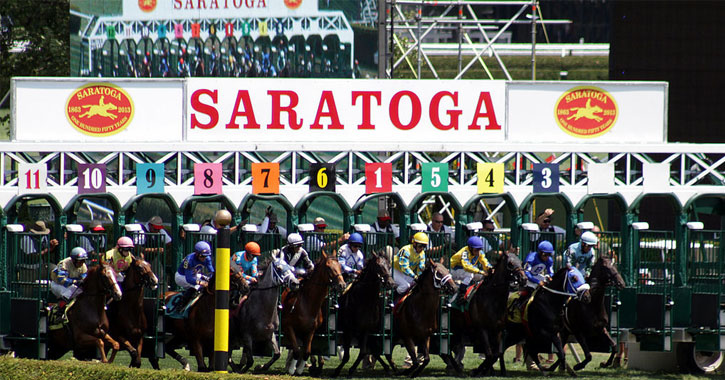 The most anticipated race of the entire season is happening this Saturday at the Saratoga Race Course – the Travers Stakes. You don’t want to miss out on this one! Tickets are still available for $10 in advance, or $15 the day of.

Interested in the Travers Stakes but want to avoid the crowds at the track? The Clifton Park Elks Lodge in Ballston Lake is hosting a Travers Day Chicken BBQ. You can order ahead of time and pick up your food, or you can join guests watching the race in their newly renovated pavilion.

The last performance of the Powers Park Concert Series in Troy is happening this weekend with Emerald City, a large party band.

The last performance of the Freedom Park Summer Concert Series in Scotia is also happening this weekend, with the Dylan Perrillo Orchestra performing jazz music.

The last Friday of the month means Troy Night Out, and this month’s theme is “Treasure Hunt.” Head to Troy for art events, music, boutiques, and more.

The Troy Flea Market that happens on the second and fourth Sunday of the month through September is going on this weekend. You’ll find vintage clothes, jewelry, comic books, collectibles, and more, and they have music and food vendors as well.

Hit Up an Elks Car Show

The Brunswick Elks are hosting a Car & Truck Show in Troy where 25 trophies will be awarded. Food and beverages will be available from the Elks. If you’d still like to register for the show you can do so the day of for $15. Spectators are free.

The Saratoga Elks are also having a car show, along with food (breakfast and chicken barbecue), music, and a raffle. Registration is $10 and 20 trophies will be given out.

A Play for the Kids

The Lion King Jr. is being performed at the Cohoes Music Hall and tickets are $15 each. This is a fun version of the classic Disney movie with all your favorite characters come to life.

Get ready for fall in Clifton Park >>

Discover more events going on at the events calendar >>