What are you up to this weekend? If you need ideas for things to do in the Capital Region we can help you out! There’s a great concert, a comedy show, two arts events, two kids events, and more going on in and around Clifton Park. 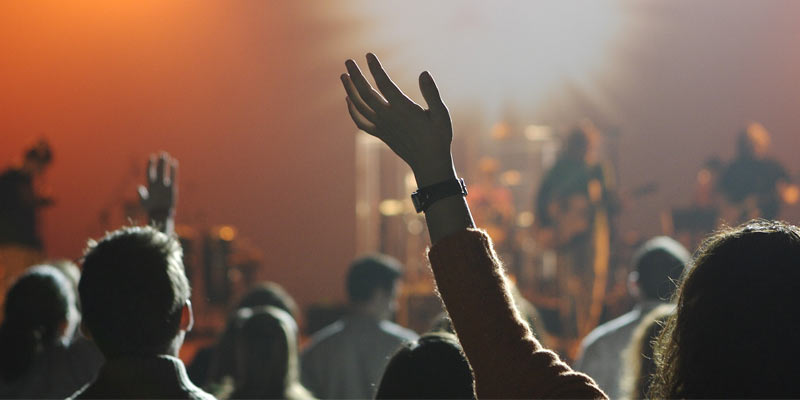 Thursday is performing at Upstate Concert Hall this weekend! Touche Amore, Basement, and Cities Aviv will also be performing. Thursday is known as one of the most influential bands in the post-hardcore genre with hit singles “Cross Out the Eyes,” “Signals Over the Air,” and “War All the Time.” Touche Amore is also a post-hardcore band, Basement is an alternative rock band, and Cities Aviv is a rapper. Check out all of these exciting groups for $25 in advance, or $29 the day of the show.

The award-winning comedian Kathy Griffin is making an appearance at Proctors in Schenectady! You can see this hilarious act starting at only $20. Griffin is a strong presence on television and in the publishing world, having released her second book, Kathy Griffin’s Celebrity Run-Ins: My A-Z Index, just last November.

The 4th annual Collar City Craft Fest is happening this weekend in Troy. Check out this juried, indoor showcase of original works from some of the best artists and craftspeople in the Northeast. All proceeds from this event will benefit the Arts Center of the Capital Region.

The Half Moon Market

The Half Moon Market at the Washington Park Lakehouse in Albany is a weekend-long event featuring over 40 vendors – check out art, jewelry, ceramics, stationery, soap, clothing, leather goods, and more. There will also be a DJ on Friday night and food trucks! This event is independently organized with support from the City of Albany and the Washington Park Neighborhood Association.

Sesame Street Live at The Palace

Find friendship and fun at Sesame Street Live at The Palace in Albany! Grover’s friend Chamki is in town from India, and the whole Sesame Street gang is there to welcome him. Tickets start at just $21, but for $68, you can get prime seating and a pre-show meet-and-greet with a couple of the characters. The show is running on Saturday at 10:30am, 2pm, and 5:30pm, and also on Sunday at 1pm.

Head to the Genius Plaza in Clifton Park for a fun and educational puppet show. This is an interactive and engaging performance that is perfect for preschool aged children, although all kids are welcome to attend. This is a bilingual show in both English and Spanish, and it’s free!

Take a Hike & Learn About Birds

Join the Mohawk Hudson Land Conservancy on a beautiful hike through the Schoharie Creek Preserve, and see a series of waterfalls!

Learn about the birds of Chile at the Clifton Park-Halfmoon Library on Friday morning. This is a free program with no registration required.

A Fun Run & Rockin’ After Party

The Inaugural Great Eastern 0.0K Run is happening at the Recovery Sports Grill in Malta – this is a well-marked course closed to traffic with stocked water stations and course marshals. To participate in the run you will have to had to have registered by April 14th, but even if you’re not running, you can participate in the excellent after party!

It’s Shredding Day once again for Clifton Park residents! Take advantage of this opportunity to get rid of no-longer-needed paperwork that’s been piling up. Bring any paper documents you need shredded to the Clifton Park Center Mall – it’s much safer and more secure to shred old records than to simply throw them out. Canned goods are also being collected at this event for local food pantries, so bring some nonperishable food to donate if you’re able to.

Want to browse more events? Head over to the full events calendar >>