Looking for plans this weekend to ring in 2016 in the Capital Region? We’ve rounded up our top picks for events in the Clifton Park, Albany and Saratoga areas, check them out! 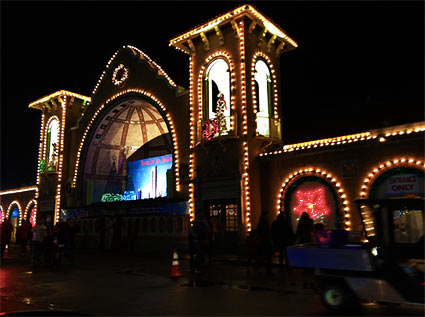 Clifton Park
Sunday
Party Like It’s 1924
Celebrate the American television premiere of the final season of Downton Abbey with a good old-fashioned tea party at the Clifton Park-Halfmoon Libray! There will be fun activities such as Downton Abbey Guess Who? and Clue. Costumes are encouraged but not required.
Saturday
Bollywood Dancing
Start off the New Year with this fun and energetic dance form! This Bollywood Dancing program is open to teens and adults of all skill levels, no experience needed. Call the Library today and register!

New Year’s Eve Celebrations
NYE Leave Your Legacy Bash
Ring in the New Year like one of the greats with good food, good drinks, good music and good company at The Hollow’s Leave Your Legacy Bash. There will be live music, a prix fixe dinner option, raffles and more!
Dinner on the Water
Looking for a more low-key way to celebrate the New Year? Join the Waters Edge Lighthouse Restaurant & Inn for fantastic dinner specials and live entertainment by Joey Blue Reed. Make your reservations today!
The First Night of Funny
Say goodbye to 2015 with a hilarious night of laughter at Proctors! The “First Night of Funny” showcases four professional comedians with four unique perspectives on the world. With a lineup including acts seen on HBO, Comedy Central and NBC’s Last Comic Standing, it’s sure to be one funny night! Note that this event is for ages 18 and over.
Kid Friendly New Year’s Eve
Noon Year’s Eve at Colonie Center
If there’s a little one in your life that would like to celebrate 2016 but most likely won’t stay awake until midnight, check out Colonie Center’s Noon Year’s Eve Celebration on Thursday.
CMOST’s 11th Annual Noon Year’s Eve
The Children’s Museum of Science and Technology will host their 11th Annual Noon Year’s Eve on Thursday, as well. There will be face painting, an animal show, games and other activities. The celebration will be capped off with a Museum-wide parade!
Thursday, Friday & Saturday

Capital Holiday Lights in the Park

It’s the last chance to drive through the Capital Holiday Lights in the Park on Friday and Saturday. Enjoy more than 125 illuminated displays throughout historic Washington Park and be sure to stop by the Lakehouse afterwards for crafts, refreshments and more.
Saturday
Empire Skate Plaza
While the ice skating rink is open daily at Empire State Plaza, there will be a special guest on the ice on Saturday! U.S. Champion figure skater Kimmie Meisner will perform a skating demonstration and a meet and greet from 11:15 AM to 1:00 PM.
Sunday
Paint, Sip & Eat
Paint a Georgia O’Keeffe inspired poppy flower at Canvas, Corks & Forks this Sunday! Seasonal brews and sangrias will be flowing in addition to a complimentary mac and cheese bar and a two hour artist instructed painting class. Reserve your spot today!
Saratoga
New Year’s Eve
18th Annual First Night Saratoga 5K Run
Registration may be closed, but you can still cheer on the runners at the beautiful Skidmore campus at the 18th Annual First Night Saratoga 5K Run.
Saratoga First Night 2016
Enjoy over 70 music, art, dance and kids events throughout downtown Saratoga Springs on New Year’s Eve! There will be extended hours at shops and restaurants, countdown to midnight by Mayor Joanne Yepsen and an incredible fireworks show when the clock strikes 12. Get your First Night button today!
Friday

Find your inner artist this year! Head over to Serendipity Arts Studio on Friday afternoon and learn how to make an owl pot from clay. This class is open to children, teens and adults. Register today!
Saturday
Tim Wechgelaer Live
Check out Tim Wechgelaer perform live at Carson’s Woodside Tavern in Ballston Spa on Saturday night. You won’t want to miss it!
Sunday
Learn to Cook
Back by popular demand, Nafeesa Koslik will host an Indian Cooking Class featuring Indian favorites. You will make a chicken dish, vegetable dish, lentil rice and fresh flatbread. This Sunday evening class will educational, entertaining and of course, delicious!
Take a look at the full list of Capital Region weekend happenings.