Looking for things to do this weekend in and around the Clifton Park area? We’ve rounded up our top picks for events throughout the Capital Region. Take a look! 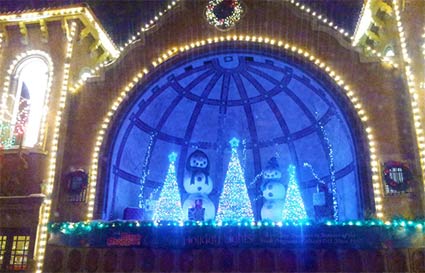 Letters to Santa
Clifton Park Town Hall will once again forward letters from local children to the North Pole starting this weekend! For a personalized reply, include a self-addressed stamped envelope and mail or drop off by Thursday, December 17. Letters can be dropped off in the lobby at Clifton Park Town Hall or at Clifton Park Center at center court near Santa, himself! Letters can also be mailed to: Santa Claus, One Town Hall Plaza, Clifton Park, NY 12065.
International Games Day
Join the worldwide community celebrating game time on Saturday at Clifton Park-Halfmoon Public Library. Games will include Candy Land, Twister, Scrabble, checkers, chess, Wii and many more. You can also take part in the world’s largest game of telephone — spanning the globe from Australia to Alaska. Stop in and play until you drop!
Albany

The 21st Annual Beaujolais Nouveau Wine Celebration will be held on Friday evening at the Empire State Plaza Convention Center. This year’s Rat Pack-themed event will include wine tastings, food samples from the area’s best restaurants, caterers and bakeries, live music by Funk Evolution, a silent auction and more! Don’t miss out on this great event, all proceeds raised at this event will stay local to help Northeastern New Yorkers affected by HIV/AIDS.
Schenectady Daily Gazette Holiday Parade
The Chamber of Schenectady County presents the 48th Annual Daily Gazette Holiday Parade on Saturday! This Capital Region tradition attracts over 20,000 people each year who line State Street for what’s widely known as the largest nighttime parade in the Northeast. Spectators will enjoy more than 100 magical characters, floats, bands and decorated vehicles.
Chili, Chowder & SoupFest
Get a sneak peak of Lights In The Park this Sunday at the 2nd Annual Capital Holiday Lights Chili, Chowder and SoupFest! Taste $1 samples from local eateries as you enjoy the music of The Reverberators.
Saratoga

Comedy’s Best Kept Secret Tour returns to Saratoga at the Parting Glass! Come laugh the night away as the winners of Make Me Laugh: Albany & Binghamton, along with other nationally touring comedians take the stage.The Parting Glass showroom is open for dinner and the bar serves until 4:00 AM!
Open House at The Saratoga Winery
Stop in or spend all day at the 6th Anniversary Open House on Sunday, November 22 from 12:00 PM to 6:00 PM. Paint a wine glass, partake in a sweet or savory pine pairing and enjoy live music all day by Pat Decker and Seth Warden. Fun extras include a free Cabernet Sauvignon sample and an extra Black Friday bonus coupon!
Looking for more fun? Take a look at the full list of events!