Local students with impressive art and science projects could win prizes for their work at the Saratoga County Fair!

The 174th Saratoga County Fair invites Saratoga County Schools each year to display their students’ art, science and social exhibits at the fair, which runs from July 21-26, 2015. Students may also enter projects on their own for a chance at individual prizes and awards. 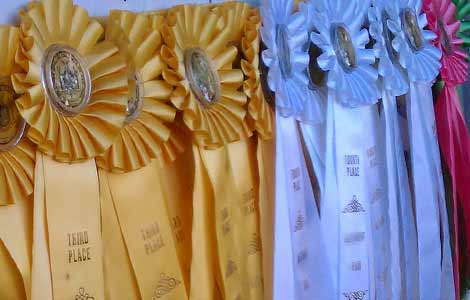 Prizes will be awarded, and ribbons given out. Three School Districts and several individual students with the best displays will win prizes and awards. For judging purposes, there will be two age groups; grades K-6 and grades 7-12.
Categories include:
How to enter your project: The set up date for the education exhibits is Thursday, July 16, 2015 from 10 a.m. to 2 p.m. at the Saratoga Fair Grounds under the Grandstand. Entries for this department will be accepted on this day only.

Sue Leahey, Kim Leahey & Joan Joyner, Education Superintendents, believe that the young citizens of Saratoga County are an important part of the community and should have the opportunity to share their school projects with the many thousands of people attending the fair.

This year, Education will have “craft time” every day at 5 p.m. so come and join the fun.