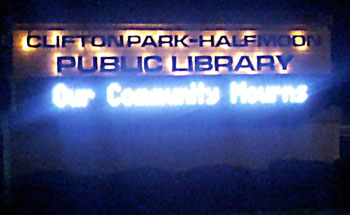 One of those victims whose life was taken at such an early age was Deanna Rivers, a bright and talented high school senior who played on the varsity softball team at Shenendehowa High School in Clifton Park.
One of Deanna’s friends, however, is not going to let Deanna’s legacy end there. Troy Farkas has started ‘Deanna’s Dugout’ in an effort to collect softball and baseball equipment and donate it to kids in need.

“Deanna loved softball, and we want to keep her her love for the sport alive by sharing softball and baseball equipment with kids who need it,” states the mission of Deanna’s Dugout.

The donations of softball and baseball equipment will be distributed to youth leagues in southern New Jersey that were hard hit by Superstorm Sandy last year. Deanna’s Dugout is in search of all kinds of gear, from gloves to catchers gear, uniform pants, cleats, youth bats and more.

Do you have some gear to donate to Deanna’s Dugout? Visit the below locations on the corresponding collection dates to help this cause:
If Deanna was your daughter, would you be proud that she was being honored in this way?