Do you know a local parent who deserves to be recognized? Parentology With Paula and Family First Always are seeking nominations for the 2012 Parent of The Year Awards!

Whether it’s a single parent, organized parent, crafty parent, inspiring parent or any other parent you think deserves a chance at winning, you can nominate parents through Sunday, November 25th.

There will be an awards dinner to honor the winners later that week. The 2012 Parent of The Year Awards Dinner will be held on Thursday, November 29 at the Mohawk River Country Club & Chateau in Rexford NY from 6:30 p.m. to 11 p.m.

There are 19 different categories for nominations, including: 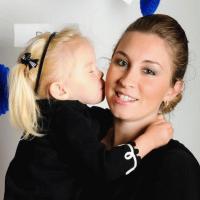 Know of a parent you would like to nominate for Parent of the Year in one of the categories above? You can do so at the Parentology website.