Saratoga Farmers’ Market Association has received the approval to open a farmers’ market in Malta this summer. 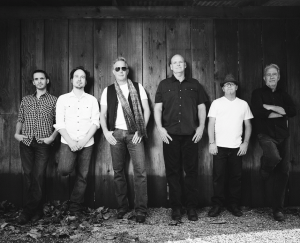 ‘If you book it, they will come!’ … or so Kevin Costner hopes! Did you know that Kevin Costner was in a band? Yes! He and his band, The Modern West, have been together since 2007 and are now on country-wide tour, which stops at Northern Lights tomorrow April 7, 2012.

Get ready for a new local restaurant to frequent on those nights when you’re craving Italian. The Olive Garden is coming to Clifton Park this month!

Students from Clifton Park once again have me seriously impressed! Three high school students were finalists in a regional robot competition, for designing a robot that can both shoot,  and make, baskets.

World Class Gymnastics Academy will be coming to Clifton Park and opening a new facility. The Latham based academy will be the second new gymnastics center to open in the area this year. As we mentioned in a previous post Cartwheels Gymnastic Center, just opened in early February.

There must be something in the water! 8 Shenendehowa High School senior-athletes have committed to play at division I schools at 7 different college and universities. Within the past 5 years, 150 Shenendehowa seniors have signed commitment letters to play a collegiate sport. This is not only a testament to these student-athletes, but also to the athletic...

Have you ever wanted to see if you had what it takes to be a firefighter? Now you can get the chance to test yourself at Hero Rush – a firefighter obstacle course and race coming this September to Ellms Family Farm in Ballston Spa, NY. The obstacles at Hero Rush are designed by actual...

Leave your mark on Clifton Park! The Clifton Park Community Arts & Culture Commission is now accepting entries for an official logo competition. The commission is looking for a new official logo to represent themselves at functions such as the Fourth of July celebrations at Clifton Commons. The area is filled with top-notch tech and marketing companies so it...