The Saratoga County Fair is going on throughout the weekend, and it’s also opening weekend at the Saratoga Race Course! Also happening in the Capital Region is a free showing of Fiddler on the Roof, live music events, and free movie screenings. 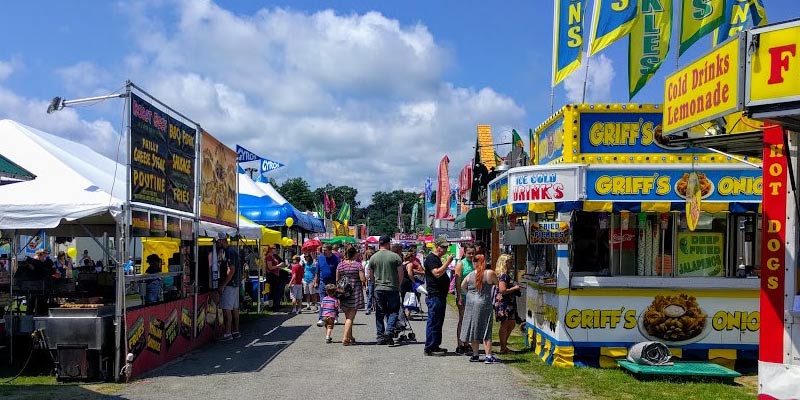 The 176th annual Saratoga County Fair is happening through Sunday and you definitely do not want to miss out! This fair encompasses so much more than the typical rides and games – see the rodeo, the demolition derby, live music, domestic and exotic animals, brand new food vendors, and so much more.

We wait for it all year – the start of track season! Head to the track on Opening Day for five graded stakes, including traditional Grade 3 Schuylerville for two-year-old fillies. Take advantage of Taste NY: Craft Beer and sample five craft beers for $5. Opening Day is also the start of the Hats Off to Saratoga Festival – there’s so much going on!

Performing Arts at the Common: Fiddler on the Roof

See the Not So Common Players perform Fiddler on the Roof at Clifton Common. This classic musical is about a poor milkman whose love, pride, and faith help him face the oppression of czarist Russia.

Aaron Lewis at Upstate Concert Hall has sold out, but you can see Rattail Jimmy perform for free at Freedom Park in Scotia, just 20 minutes from Clifton Park. Rattail Jimmy covers bands like AC/DC, Bullet Boys, and Guns n Roses.

Enjoy a blast from the past when Rod Stewart performs at SPAC with Cyndi Lauper. Lawn tickets start as low as $6!

It’s Family Film Friday at the Clifton Park-Halfmoon Library – come by with the kids and see Storks. Storks have moved on from delivering babies to packages. But when an order for a baby comes in, the best delivery stork must race against time to make this baby drop before the boss finds out.

Free Movies Under the Stars! – Moana

The second Free Movies Under the Stars! happening at the College of Saint Rose is Moana. Moana is on a mission to save her people when she meets Maui, who guides her in her quest as they sail across the ocean. They encounter monsters and other obstacles in this action-packed journey.