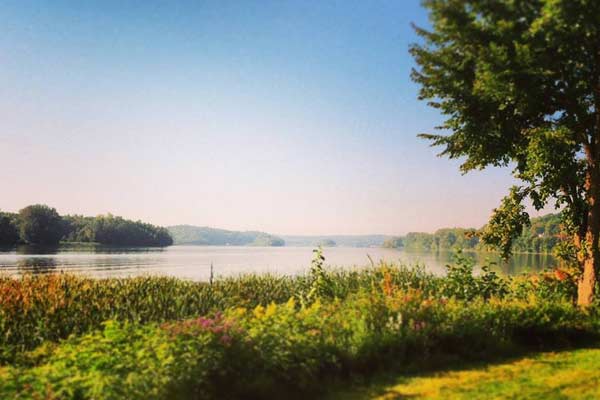 Two out of the 26 episodes for their tenth season are expected to take place in Clifton Park and Ballston Spa, September 29th and 30th. Local businessmen Kevin Kovel of Halfmoon’s Adirondack Basement Systems and John Bove of Mechanicville’s G.A. Bove Fuel are participating.

But what makes Fireball Run truly special is that the fun, highly competitive “adventurally” series actually doubles as a missing children awareness campaign. Each team is assigned a missing child by the Child Rescue Network, and must distribute 1,000 flyers along their journey. So far, Fireball Run has aided in the recovery of nearly 50 missing children since its inception 10 years ago.

Past contestants have experienced adventures like holding Mark Twain’s pen and John Wilkes Booth’s firearm along their travels – but which historic sites the teams will visit this time around is top secret. Usually, the show tries to uncover little known historic facts and spots about the locations covered. Capital Region residents watching can expect to learn fun, new aspects of local history.

The Clifton Park and Ballston Spa communities are excited to have such a prominent show come through the area, especially for such a good cause. The local economy is expecting a $250,000 infusion during the two days the show is in town, with hopes of this exposure leading to more visitors and a boost in tourism.

“There’s so many great things we have to offer and this series is going to help bring that out,” Pete Bardunias, President of the Southern Saratoga County Chamber told WNYT News Channel 13.