The fall adventures are just getting started in Clifton Park and the Capital Region. See where you can find farm animals, attend a pet-centric festival, sample dozens of different kinds of beer, and more this weekend. There are so many major events going on it will be tough to choose! 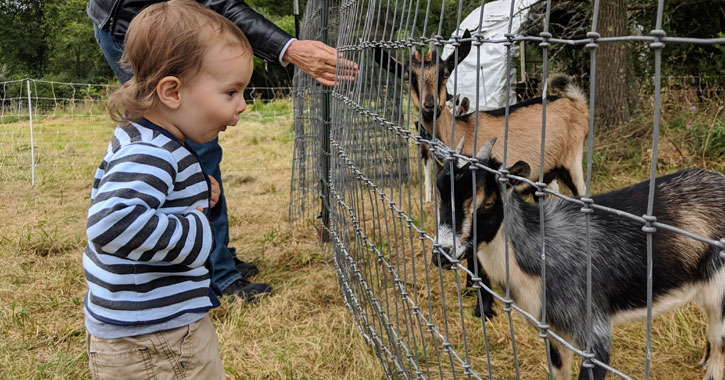 Irish music fans can head to the Irish 2000 Festival in Ballston Spa for traditional Irish music, Celtic punk, and more performances on two stages. Tickets are $16 in advance or $20 at the gate.

The Capital Region Apple & Wine Festival is back at the Altamont Fairgrounds. Great ready for apple treats, wine tastings, a juried arts and crafts show, tons of kids activities, and more. Tickets are $8.

Love beer? For $40 in advance or $45 at the door, you can get three hours of quality beer sampling time at Troy on Tap. Over 130 beers will be poured.

Head down to Pearl Street in Albany for the annual Pearl Palooza. This is primarily a music festival, although there will be yoga and a cornhole tournament as well.

Troy’s annual steampunk festival, The Enchanted City, is happening this weekend. Guests can relish in everything steampunk with music, magic, performances, storytelling, and much more.

The Saratoga Native American Festival is happening at the National Museum of Dance. This is a great chance to try Native American food while enjoying storytelling, music, arts and crafts, and other traditions.

Enjoy everything nature at NatureFest at Moreau Lake State Park in Gansevoort. You can look forward to a variety of activities and crafts.

Have Fun at the Local Library

The Clifton Park-Halfmoon Library will be putting on a program with Spanish stories, songs, and a craft. This event is appropriate for kids ages three and up.

Farm Fest Kick-Off at the Library

Stop by the library on Saturday morning before embarking on the self-guided tour of participating farms. You can take advantage of a free breakfast of cider doughnuts, apples, juice, and coffee while enjoying farm-themed songs from local performer Diane Payette.