One of the Capital Region’s most unique schools recently had its official ribbon-cutting ceremony – and it is located right in Clifton Park! Known as the Genius Plaza Bilingual Preschool, young students have the special opportunity to learn both English and Spanish at an early age. 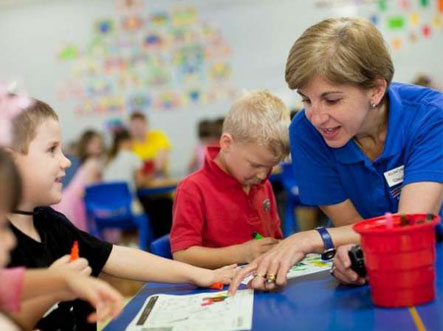 The Genius Plaza can be found at 511 Moe Road in Clifton Park, and it is powered by PreK12 Plaza, an educational company. The school’s language center offers bilingual full-day and partial-day programs for kids ages 3 to 5, as well as an after-school program for kindergartners.

About two years ago, the Genius Plaza began its pilot program with only five students. Since then, the program has proven to be extremely successful and popular. 45 young students are now attending full-day and partial-day English and Spanish immersion programs.

Through these bilingual programs, the Genius Plaza hopes to foster language skills in children while they are still young. Ana Roca Castro, founder and CEO of the Genius Plaza, told News 10, “This is the age when kids brains are developing and they learn a new language without even realizing that they are learning.”

The News 10 article also noted that students who began classes this past September can already read Spanish!

Not only does the Genius Plaza provide immersive language programs, some of its other courses focus on developing math and technical skills (including 3-D Printing and Minecraft programs). According to the Genius Plaza, the school is all about igniting the genius in your children.

Although there is currently a waiting list for the school, the Genius Plaza does host family workshops and other events during the year. Check it out if you’d like your children to grow up bilingual!