Broken Bow Records’ Dustin Lynch will make a stop at Upstate Concert Hall during his Hell Of A Night Tour on Sunday, December 13! Get the scoop: 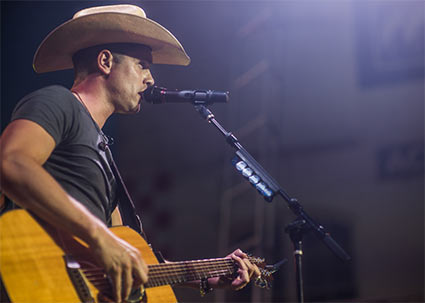 “Touring with Luke Bryan and Keith Urban, I’ve learned from the best and now to headline my first tour is a dream come true,” Lynch shared in a press release. He continued, “Watching Luke night after night on this tour has made me realize it’s okay to have fun and just go with it… Not to get too caught up on what’s being rehearsed. I’m so excited for fans to see what we have in store and the first night can’t get here fast enough!”
After following these celebrated entertainers as an example, it’s no surprise that the rave reviews of Lynch’s live show are stacking up. From Billboard to RollingStone.com to Glamour, publications have been singing his praises. Luke Bryan added an extra vote of confidence in a recent interview with Rolling Stone Country stating, “I love Dustin Lynch because I see so many aspects of Dustin that were me. Dustin is that guy that loves every day, he loves being at the party and by that I mean the game. He’s just goofy and naïve enough like me that he’ll be a superstar.”
Don’t miss out on what’s sure to be stellar performance by Lynch at Upstate Concert Hall. Tickets are available now, get them today!