A friend’s facebook page reads: “Today is Graduation Day for Shenendehowa, but two will not walk the stage. I pray our graduates, as well as the greater capital region, remember them today…”

The recent deaths of two Shenendehowa students will be remembered not only today but also at Clifton Park’s annual July 4th event. Collision repair shop Collision Experts is teaming up with Shenendehowa Memorial Fund to raise money in the memory of Deanna Rivers and Chris Stewart, two area teens who were killed in a 2012 car crash.

Collision Experts owner and Shenendehowa High School graduate Rick Bowman will set up a donation booth at the July 4th event alongside his 1973 yellow fire truck near the town ice arena – kids can draw on the truck for a $1 donation, but anyone can help support the cause. 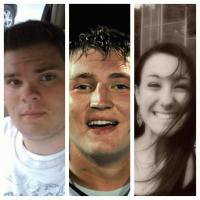 Bowman will also match up to $5,000 in donations to the memorial fund. In addition to the donation booth, The Shenendehowa Memorial Fund is also accepting donations via their website.
Proceeds will be directed to the Deanna Rivers Foundation, Chris Stewart Scholarship Fund, St. Coleman’s Home for Autism, Deanna Rivers Scholarship Fund and the recovery efforts of Matthew Hardy and Bailey Wind, who were injured in the 2012 crash.
The Shenendehowa Memorial Fund was induced by the 2011 death of Chris Stewart’s cousin, Bob Stewart, who died from a heart ailment. The Annual Upstate NY Autism Golf Tournament was created in his honor and continues today.
Learn more about how you can get involved!
Related Reading:
‘Deanna’s Dugout’ Keeps Crash Victim Deanna Rivers’ Spirit Alive